I never seem to be able to grasp Time’s hands. Time’s as slippery as an eel. It’s now eight months into the year and I have not accomplished as much as I would like to!

It’s been a little over 3 months since I came back. A conversation with the boyfriend last night made us both wonder how quickly time flies yet to us, three months of being apart seems like eternity. Ironic, isn’t it?

I’m in a little bit of a story-telling mood today so click to read more but I can’t guarantee it’s going to be interesting though! 😉

The boyfriend and I got together on the 11th of October in 2007. One in Coventry, the other in Canterbury. We spent the next three years of our undergraduate student lives commuting: either via train (posh but expensive) or via cheap Megabus coaches where a single ticket from London to Coventry costs a mere £1.50.

We then managed to close the gap a little with the boyfriend spending a year in London doing his BPTC (Bar Professional Training Course) whereas I stayed on in Canterbury to pursue my Masters.

I still remember the first time our eyes met as a couple: The boyfriend looked slightly frazzled after a long 5-hour coach ride, and he had a black bin bag in hand.

Yes my dears, a black bin bag. I was shocked and a little embarrassed, even but said nothing until we got to my room and I gasped as the black bin bag held the biggest teddy bear I’ve ever owned. =) To this day it sits comfortably on the couch in my room.

A little more insight as to how we met! We both did our A-Levels at the same University College and were both in different classes but shared the same lectures for certain subjects (think it was Maths, Law and Economics). I, however, was oblivious to his existence until one day when I was hanging out outside our classroom, he suddenly said

I was rather taken aback but replied politely, said goodbye and quickly went back into class, thinking

Who on earth was that?

Minutes later, he walked into our class. I gasped, turned to one of my friends and asked if she knew who he was.

‘Erm, must be one of the guys from the other class.’

A couple of days (or was it weeks) later, I would like to think of it as fate brought us together in the form of compiling the A-Levels Yearbook where we then spent many an hour pouring over photographs, articles and whatnot.

If you were thinking sparks were flying and electrocuting everyone in our path then, sorry but nothing happened! We were just friends and I did not see him as anything more than that.

Oh, I like his smile. Very much. I did gush to some friends saying the boyfriend has a very nice smile. =D

I even casually mentioned this to the Mother in passing, saying

‘There’s this guy who shares some classes with us, he’s got a really nice smile. Too bad he’s too thin for me or I might just fall for him.’

We later discovered we have quite a bit in common and we both share the same love for music! It’s difficult to find someone who indulges in classical music and I was thrilled I now have a classical music buddy!

Fast forward toA-Levels prom. Okay he may just throttle me for saying this but something really strange happened then!

Halfway through the dance I have no idea what happened but suddenly we ended up holding hands. I thought it was he who took my hand he thought it was me but we both swear we did not attempt to take each other’s hand.

Fairytale ending then? Sorry to burst your bubble!! We awkwardly let go when the song ended and I rushed in search of other friends and he had to rush home as he was going for a class trip the very next day!

We didn’t talk much for the next couple of weeks as we were both busy applying for our visas but as luck would have it we applied for our visas together and went to collect it together, which was quite nice! =)

I flew to the UK slightly earlier than he did as my university had an earlier start date. I vaguely remember him logging onto the internet from an Internet Cafe in London when he first arrived and I happened to be on MSN at that time. We chatted for a while, quickly exchanged numbers and shall I say, the rest is history? =D

After he settled down in Warwick we started talking on nearly a daily basis and to be honest I think we kind of got together before the ‘official’ date but we only made it official on the 11th of October. =p

Our college mates assumed we got together when we were still in college but nothing happened during college! Somehow sparks flew during our Skype conversations so our relationship started off as a long distance one and still is today, with the only problem being the 7 hour time difference! =(

Many felt that our relationship wouldn’t last due to the distance and our different personalities but we somehow managed to make it work. It is never easy being in a relationship, what more a long distance one. We’ve had our fair share of fights / arguments (well we still do to this very day) but we agree that we will never go to bed without resolving an argument. So it’s fight, fight, argue, argue and then kiss and make up before the day is over. There are always cyber kisses like *mwah* if we can’t kiss in person so all is good!

I better put an end to this here before I bore any of you! =D But yes, this is how we got together and I happily announce that we are still very much in love with each other to this very day, and hopefully for the rest of our lives. 😉

Thought I should conclude my post with some flowers: 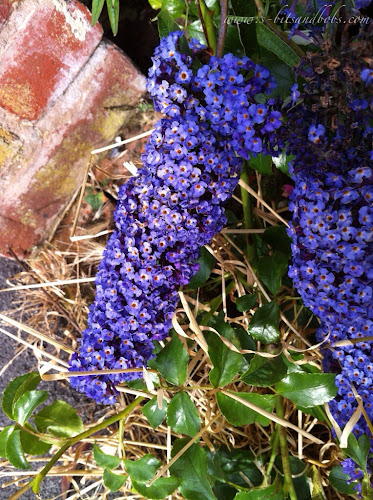