My first holiday in a very long time! (Those weekend trips to London excluded =p)
I think the very last proper holiday I had before this was during Christmas where we had a nice relaxing swiss-army-knife-inducing trip to Switzerland.
Having said that, I am not fond of beaches because I burn easily and the humidity really gets to me but then again, as mentioned in the earlier post I was looking forward to getting away from boring Canterbury and just HEAD SOMEWHERE.
And somewhere we did go =p
We walked along Torre Abbey Sands on our first day and I was intrigued by the walls! The waves must have eroded the walls bit by bit and you can see bits of stones / rocks / pebbles peeking out! 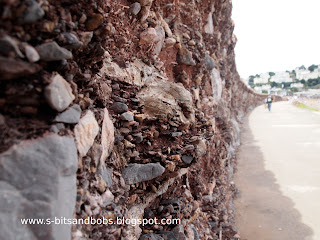 Torquay city centre in the distance! I wanted to walk along the pavement instead of along the beach as I didn’t want to get any sand in my eyes or even shoes as it was a rather windy day but I’m glad the bf made me do it as he loves the sea. It was rather gloomy when we arrived which was a huge plus for me, probably not for other holiday makers lol! 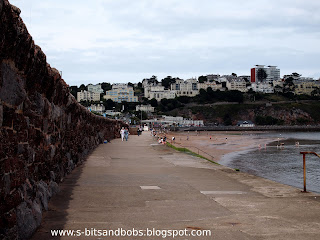 We spotted a few things along the way, one being seagulls kissing 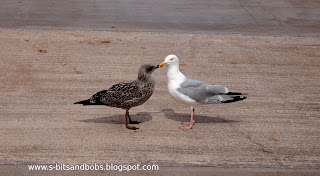 and the not-so-pleasant side of Torquay with graffiti adorning its walls: 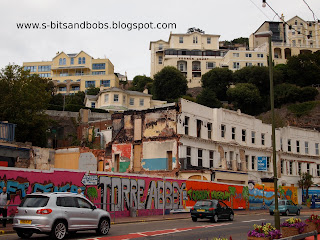 I know a lot of people who associate graffiti with violence, drugs and all things bad but I do admire graffiti artists for their ability to draw perfectly without making any mistakes! I can’t draw to save my life, what more spray paint a wall and actually make it look pretty! Then again, I suppose it’s wrong for graffiti artists to produce their work of art on shops or even on trains! Mum and I were in Italy last summer and she was absolutely horrified to see all the metros covered in graffiti =p
Sadly, we did not have a lovely seafood dinner at those nice restaurants Stuart recommended but we had Pizza Express instead.. Simply because I found a buy one main course get another for 40p voucher in London’s free morning newspaper – Metro :p All hail the cheapo queen!
For some reason all the photos I took at Pizza Express Torquay turned out blurry :s Either I was so hungry my hands were shaking or there’s something about the place…. *cue creepy music*
Next morning, after stuffing ourselves full with a good breakfast from our lovely hosts, we decided to head to Cockington (which I shall dedicate a whole post to it because IT WAS SO PRETTY!) and we walked past Corbyn’s Bay with its cute toy-like beach huts: 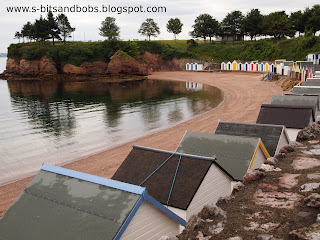 Oh, did I mention the water’s perfectly clear? 😉 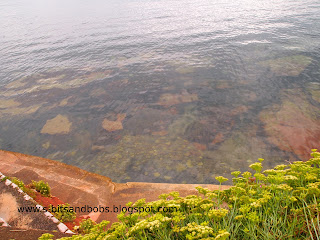 Post on Cockington is coming up next…. Once I get a few thousand words done (dissertation woes) and I shall end this post with this photo, a very sad sight as opposed to the grand Pavilion Shopping Mall Kuala Lumpur has to offer: 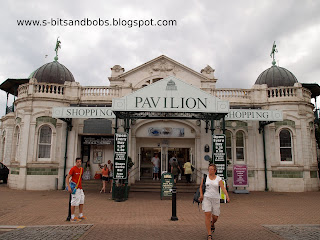 The Pavilion Shopping Centre in Torquay! On the visitor’s map,  we were given the impression of a nice, bustling place with loads of shops! This, my dears was what greeted us and the bf went
‘What? you sure this is the one?’
I have a really good radar when it comes to shops  hence I was put in charge of looking for the shopping centre =p
We both didn’t bother taking any photos because it was just an old, rundown building with a linen shop; magnetized bracelets (???), spray-on-shirt shop and a shop selling lavender dolls. :s there might have been other shops but we were put off by all the scaffolding in the shopping centre itself to explore the place any further.
So that’s pretty much it for now, until the next post (I’m excited about it already because I had the most delicious CREAM TEA there!) 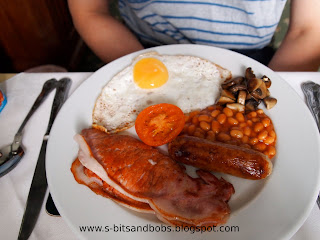 It’s been quite a stressful last couple of months with the boyfriend having major exams and me with my never-ending workload of essays / books to read / dissertation (still working on the dissertation)! We… END_OF_DOCUMENT_TOKEN_TO_BE_REPLACED

Here’s a photo taken from the train! I tried to blog via the iPhone but it simply wouldn’t let me upload more than 1 photo boo hoo. So I suppose this will have to do… END_OF_DOCUMENT_TOKEN_TO_BE_REPLACED 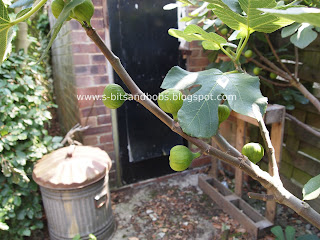 I love summer. Not for the hot humid weather that comes with it but for the fruits!! All my favourite fruits – the berries, cherries are particularly cheap during this season which makes things even… END_OF_DOCUMENT_TOKEN_TO_BE_REPLACED