With a dissertation due in about 10 days, I’ve been pretty much eating instant food. Oh the woes of not living at home! =(
The Crockpot has been seeing me through the last few weeks as it’s just so easy to cook with one! Just chop everything up and pop them into the slow cooker and sit back, relax while the slow cooker does all the work!
The bf is a huge fan of beef but I am rather reluctant to cook beef because:
1. The meat is BLOOD RED.
2. I am always worried I will overcook the meat.
After much coaxing from the boyfriend I decided to give Jamie Oliver’s Beef Stew Recipe a go! His recipe requires cooking the stew in the oven but I tweaked it a little so it’s good to cook in the slow cooker!
First, I coated the stewing / braising beef with corn flour (not flour as seen in Jamie’s recipe as I like my gravy a little thick) and browned them in a pan. 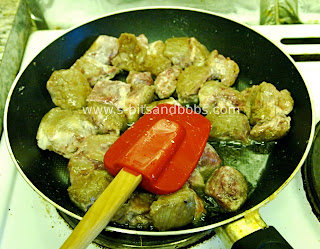 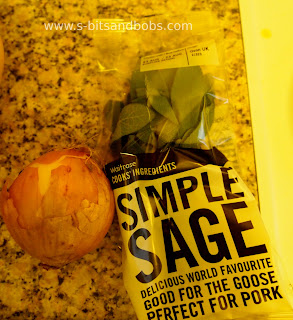 I don’t know why my photos turned out with such a yellow tinge! Camera noob, I am!
I then took some Butternut Squash, 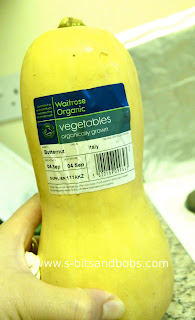 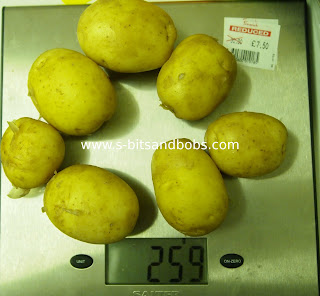 Yes the Bf weighed the potatoes +__+ and also the price tag of my scales deliberately left there should my mother question its price. =p
I chopped the above two vegetables with some parsnips and carrots and threw them into the Crockpot with about 150ml Beef Stew and 2 tablespoons of Tomato Puree: 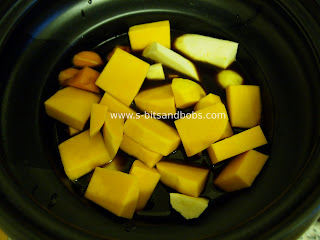 I then added in about half a bottle of Merlot… Yup even though we halved the recipe, we still added the full amount of wine because I’m pretty much an alcoholic 😉 with the browned beef, onion and sage: 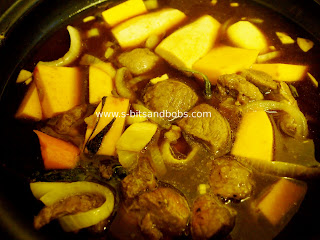 And left it to cook by itself on the ‘Slow’ setting overnight!
This morning, I woke up to this: 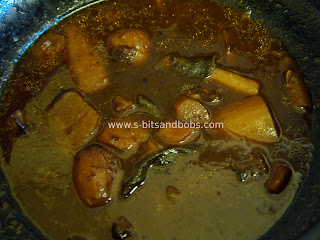 Where did most of the beef / veg go?!? +__+
Then I realised the bf brought a good amount of stew to work when I read his text:
‘The stew is good but i kind of miss fatty meat when there aren’t any’
LOL!
Do give this recipe a go, in the oven or using a slow cooker! It’s absolutely delicious topped with fresh rosemary (from my garden) hehe! =p