Hehehe. I know you aren’t supposed to do this but I do apologise for being so busy over the long Bank Holiday weekend!!

Day 6 was the 29th where I did a photo-heavy post of the Royal Wedding so I um, think that should be okay…. RIGHT?!? =p

Day 7, was spent at home. Trying to rest and Caca-ing the boyfriend’s overgrown hair. No photos were taken on Day 7 because I was running around buying last minute stuff for my neighbours from home who were coming to London for a couple of days!

Day 8, met up with the neighbours and the generous Auntie and Uncle Lim presented me with these lovely goodies they picked up throughout their European tour! Smoked cheese from Amsterdam, Godiva from Belgium, and some mushroom truffle thingy from Italy which cost them an arm and a leg. +__+ Feel so touched!!! 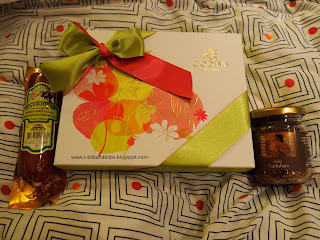 Day 9, which is today was rather exciting, in a bad way. Auntie’s been feeling poorly since the start of her trip.. which was a good 2 weeks ago and I bought her Lemsip, anti-histamines, Olbas oil to decongest her chest! We went to Harrods in the morning and was about to head to Selfridges next but she started coughing and throwing up at the tube station and thank goodness a kind tube staff member came and assisted us by getting poor Auntie an ambulance. 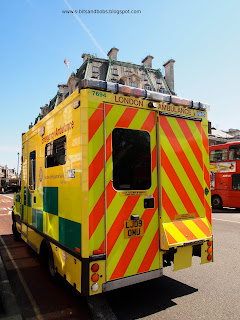 I really enjoyed their company although the poor boyfriend was lugging loads of food and water for the Lims! That, will be in another post when I am in a better state of mind. Right now, I need to soak my aching feet in some epsom salts – a result of me walking too much over this long weekend!